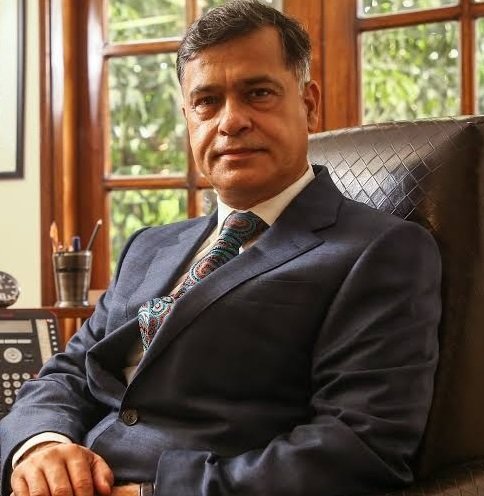 
Mr. Siddharth Luthra is a Senior Advocate with an illuminating career spanning over almost three decades. He was designated as Senior Advocate in 2007. Thereafter, he was appointed as the Additional Solicitor General (ASG) for a term of two years, in 2010, during which he represented the Government in a variety of matters including criminal, constitutional, human rights and environmental.

Before being appointed as the ASG, Mr. Luthra represented the Government of India in the High Court of Delhi from 2004 to 2007 as Senior Panel Counsel. He acted as Government counsel to assist the Judges Inquiry Committee investigating into misbehaviour alleged against Justice Soumitra Sen, Judge, High Court of Calcutta.

Apart from his practising career, he discharges wide variety of key roles in the legal domain. He is a member of the Delhi State Legal Services Authority and the Supreme Court Legal Services Committee. He is also empanelled Arbitrator with Delhi International Arbitration Centre (DIAC), New Delhi.

Mr. Luthra is a renowned name in the field of academics as well. He is a resource person and one of the faculties at the Delhi Judicial Academy. He is the Vice President of the Indian Criminal Justice Society and sits on the Advisory Boards of the legal journals - Delhi Law Times and the Delhi Reported Judgement. Mr. Luthra is a visiting Professor at Northumbria University at Newcastle, United Kingdom and an Honorary Professor at the Amity University, Noida, Uttar Pradesh. In the honour of his remarkable contribution to Indian legal education, he was recently conferred with eminent distinction of Doctorate of Laws (Honoris Causa) by Amity University, Noida, Uttar Pradesh, India.

Mr. Luthra has also made significant contribution to contemporary legal research. He has over Twenty publications (including articles and chapters) to his credit on various pertinent socio-legal issues in renowned books, newspapers, journals, reports and magazines. He has also authored Two books. One of them deals with trafficking of women and children and the other one encapsulates issues relating to biodiversity. In addition, Mr. Luthra has also part of the organising committee of the prestigious International K.K.Luthra Memorial Moot Court Competitionon criminal lawin collaboration with the Campus Law Centre, University of Delhi every year in Januarysince 2005. The said competition is being held in the memory of his late Father, who was himself an eminent Senior Advocate of national repute and recognition.