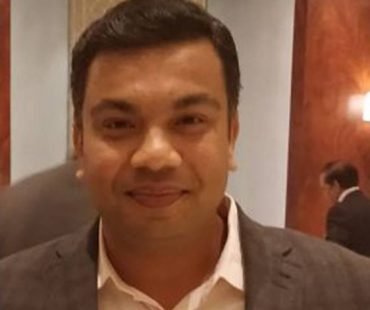 
Mr. Siddharth Radhelal Gupta practices law in the High Court of Madhya Pradesh with his offices headquartered in Jabalpur. He has frequent appearances both before the Delhi High Court as well as the Supreme Court of India, with that also before other benches of High Court of Madhya Pradesh. He’s a graduate from NLIU, Bhopal of 2005 Batch. He’s Managing Partner of “SVS Associates” with his father Mr. Radhelal Gupta, Advocate who himself has long reputed standing of 44 years at the Bar.

Mr. Gupta started off his litigating career under Mr. Vivek K. Tankha, Member of Parliament, Rajya Sabha &Senior Advocate at the Supreme Court of India. He after working under his stewardship till 2010, shifted his base and practice to Madhya Pradesh High Court, Principal Seat at Jabalpur.

As of today, Siddharth has regular engagements and appearances before the Supreme Court, High Courts of Madhya Pradesh, Delhi & Chhattisgarh. He also has sprawling practise before specialized tribunals like the National Green Tribunal, Debt Recovery Tribunal and the Central Administrative Tribunal in assignments flowing from State of MP & Chhatisgarh. The areas of practice of his firm “SVS Associates” are principally on the Constitutional and Civil sides with majority of work pertaining to Real Estate, Mining, Education, Service, Taxation, Stamp Duties, Municipal and Local Body Taxes, Debt Recovery and Arbitration.

Siddharth has been involved in several significant cases and has represented organizations such as the Confederation of Real Estate Developers of India (CREDAI), Association of Technical and Professional Institutes of Madhya Pradesh (ATPI) and Federation of Indian Chambers of Commerce and Industry, MP Chapter (FICCI) in variety of cases. Some of his major Corporate clients include the Ultratech Group, Birla White Cements, Dainik Bhasker Corp Ltd, Gammon India Ltd and FIIT JEE Foundation.

Siddharth is also the legal advisor to major media houses viz., Dainik Bhasker Corp. Ltd.,Dainik Jagran Prakashans Ltd., Rajasthan Patrika Prakashan Ltd., having advised them actively over the years, whenever asked on a call for doing so.

Siddharth has been one of the founding members of the CAN Foundation and he’s s hopeful that very soon CAN shall make a dent in the Indian Legal Scenario and would tread faster towards fulfilling its noble objectives.