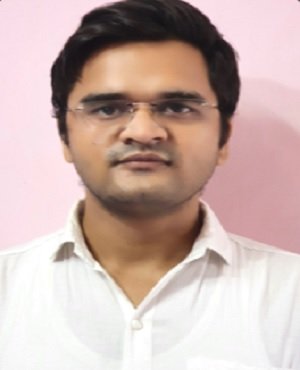 Attendance Record: Maintained minimum of 75 %[ in the last 4 years]

candidate’s father’s total annual income is Rs. 1.20 lakh, who works at a Private Transport Company. And so, they were forced to borrow a loan amount of Rs. 8.5 Lacs. They paid the first-year fee (after the stipulated deadline) by borrowing money (on interest) from different people, which was repaid by the loan sanctioned by the bank. They have received a scholarship from NLSIU Scholarship Policy, 2015 which provides interest free loan and gave them a stipend of Rs.1500 per month (to be repaid later) during the first three years. This Scholarship policy was unfortunately scrapped by the university. Fees for the 4th year was paid with the help of a scholarship amount of Rs. 1.5 Lakh provided by CAN Foundation last year, along with the loan amount sanctioned by the bank. This was a huge relief to them and they were able to pursue their education without thinking much about financial hardships. As far as their fifth-year fee is concerned, they are yet to deposit the fee and the deadline for fee payment has already passed. The candidate has asked for an extension of the deadline, for the payment of the fee, to the Registrar of their university, and the deadline was accordingly extended. Their fees for the present academic year is Rs. 2.20 Lakhs, but the loan amount that can be borrowed from the bank is Rs. 1.61 Lakhs (approximately). This loan amount of Rs. 1.61 lakh has been transferred by the bank to the university. The remaining amount of (approximately) Rs. 60,000 must be arranged by the candidate, and so they are in need of Eklavya scholarship 2020.

If this scholarship is awarded, the candidate will be able to focus on taking up litigation as a profession (which they are interested in). Otherwise, they may have to work at some law firm to pay back the loan.

If this scholarship is not given, the candidate will have to mentor students who are preparing for CLAT or do other online internships, which will hamper their performance at law school.

It has been a trend in the students of the premier law schools to pursue financially lucrative jobs over their actual area of interest. Arjit, despite being in a monetarily precarious situation, decided to pursue the field of his interest. The CAN Foundation in recognition of his dedication adjudged him as an Eklavya Scholar under the ‘Extreme Hardship’ category. Arjit's success is a testament that money is just a byproduct of one's excellence.