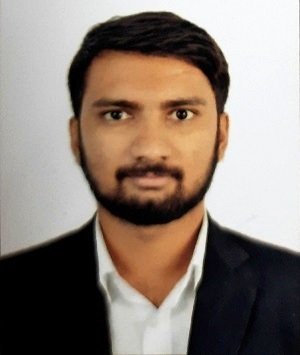 Ayush is another of our prime candidates for the Eklavya Scholarship Programme. His mother was compelled to separate from his father back in 2006, due to the latter's abusive nature and the following matrimonial disputes. Also his younger sister is about to start college.

Tragedy struck when Ayush’s maternal Grandmother was ill and his mother had to let go of her job to take care of her. She was able to secure a job again at a much later time in 2009 as an insurance agent and she has continued with marginal income thereon, however the increased differences between the maternal uncle and Ayush’s mother ended in her losing that job as well. Now faced with severe economic duress, she has resorted to stitching work and also started a small tiffin service to get by. His current family income stands at Rs. 84,000 per annum

Ayush passed his 12th standard examinations with flying colours by scoring 92% marks and appeared for CLAT as he decided to pursue law. He got into NLUO and many of his extended family members chipped in to provide for the fee for the first year. Ayush was forced to avail a loan of Rs. 6,80,000 as the relationship between his family and his uncle took a turn for the worse and eventually they had to move out from the maternal household. For the next two years’ fee, he received assistance from the “Mukhya Mantri Medhavi Vidyarthi Yojna” by the Madhya Pradesh Government. This scholarship ceased after two years, owing to the fact that he couldn’t obtain necessary documents regarding his father’s salary and also the divorce decree of his parents to showcase his family income to the authorities. The loan amount that was available to him earlier has also lapsed as he could not get it disbursed from the loan account within stipulated time.

As of now, Ayush has no means of securing a reasonable sum to pay his college fee and is completely uncertain about his future prospects. His academic prowess is showcased by the stunning CGPA of 7.58/8.00, for the last three years. He secured a National 9th Rank in the Leiden Sarin International Air Law Moot Competition and has been writing for law reviews ADR Newsletters and Taxmann, etc.

Ayush is a promising student who is passionate about optimising his skills and efforts to achieve his goal of wanting to contribute to the betterment of society. We commend his spirit and dedication and thus are proud to extend the Eklavya Scholarship to him under the ‘Extreme Hardship’ category.