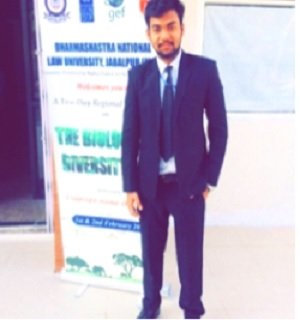 ENTITLEMENT FOR SCHOLARSHIP AS CASE OF “Hardship” (S.No.34)

Ayush’s application has a very heartfelt appeal for help.His father works construction supervisor,his job involves supervising the design of a building. His father’s total income in 2019-20 was Rs.2,67,400/- and his total income generally ranged between Rs. 2.3-3 lacs per annum for the last 3 Financial Years.His business suffered a lot during the time of demonetization,which was followed by a halt in the business owing to lack of water in the city.The situation has become worse during this time of the pandemic,where his father’s business has almost come to a standstill.

Ayush lives in a joint family with his grandparents,who depend on his father for their care. He has a younger brother studying in class 12,and his studies also need to be taken into consideration. His mother is a homemaker, who suffers from diabetes and needs constant medical attention and a major portion of the family income is spent on that.

His college fee for the first two years was paid by his aunt,but he cannot rely on gifts from relatives as this was a gesture to help him during his initial years in college.Currently, his father’s income is on the lesser end, is not stable and will probably be severely impacted due to COVID.

Ayush’s letter of recommendation from his Vice-Chancellor,reflects faith that he has in him as a student.It reflects that he is an extremely diligent and sincere student.He has worked for the success of various college events and great oratory and interpersonal skills.Given the loss his father,who is the sole bread earner for the family,has suffered,he is in need of help from the foundation.

Ayush has shown diligence and hard work throughout his pursuits and the same is reflected through his result and faith that his teachers repose in him. However, he has suffered a lot at a very young age, due to the loss of his father. CAN Foundation feels proud to shortlist him as an Eklavya Scholar and award him the scholarship under the ‘Hardship Category’.