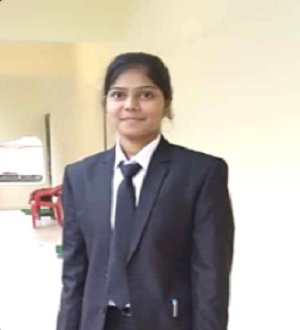 ENTITLEMENT FOR SCHOLARSHIP AS CASE OF “Hardship” (S.No.13)

Bulbul Kumari was a beneficiary of Eklavya scholarship in 2019. After receiving the scholarship for 2019, Bulbul has seemingly performed better than they did in their previous exams and various competitions with passion and confidence, without having to worry about their financial complications.

The candidate’s father is the only source of income to the family. With an income of Rs. 3-4 lacs Per Annum, the candidate’s father also has to take care of another daughter (Bulbul’s sister) and an in-law with her child. Further, the family lives in a rented house. The income generated from the agricultural land owned by the candidate’s father is at an average of Rs. 8,000 per year, and this income is not a stable one and keeps fluctuating every year. Clearly, the agricultural land’s produce mentioned in Bulbul’s application form is not enough to meet the minimal need of the family. Adding to this situation, the family is not able to avail the benefits of the Public Distribution System.

A part of Bulbul’s fee is paid by their uncle in the form of debt which is repaid to the uncle by their father on an installment basis. Her mess fee, for the previous three semesters, was paid by a third party due to her inability to pay the same.

The pandemic has made their financial situation even worse. Their father had a private job, but lost the job in the month of April,2020 which has made it difficult for them to stay in a rented house. Bulbul’s father could not find any stable job in this pandemic, and is facing a lot of problems in meeting minimum requirements in their home. Taking all these situations into consideration, the family is trying to pay Bulbul’s fee.

The Vice Chancellor of their University recommended them stating they have shown a genuine interest in the subject matter of the law course and study, actively participating in the academic activity. In the words of the Vice Chancellor, the candidate has always been very sincere, hard working, dedicated and an extremely studious learner in terms of their initiative, active participation and outstanding performance in the assigned tasks in the university.

The candidate has also participated and qualified the challenger round in a debate competition (organized by RMLNLU, Lucknow) and a moot court competition (Bar Council of India Moot in CNLU, Patna). The candidate is said to have good oratory and interpersonal skills and is an ardent learner of Law, methodical in their working approach and possesses a good command of English.

The candidate is not receiving any financial assistance other than the scholarship given by the CAN FOUNDATION last year. No loan has been taken by the candidate from any Bank or Financial Institution.

Bulbul, having attained the Scholarship in its Inaugural edition in 2019, has continued to perform well. Her continued achievements coupled with her co-curricular endeavours prove that she is sincere and bonafide in her pursuits. The CAN Foundation is elated to have been a part of Bulbul’s journey and is doubly proud to shortlist her as an Eklavya Scholar under ‘Hardship Category’ for the year 2020-21.