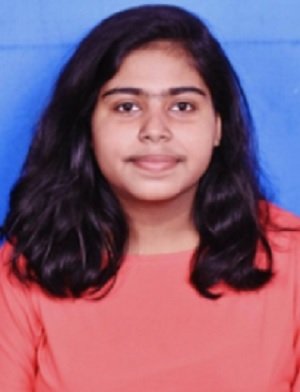 ENTITLEMENT FOR SCHOLARSHIP AS CASE OF “Hardship” (S.No.45)

The candidate’s father is an Advocate in the District Court of Hajipur, Bihar and Mother is a housewife. The Total Annual Income for the last two Financial Years is Rs. 2.2 Lac and Rs. 2.7 Lac per annum respectively. With such a low income, the Candidate’s father should spend for the education of two more children (one of them is in the final year of school education).

The situation of financial hardship has been further worsened due to the lockdown. There has been no source of income for the family for almost the last six months because the lower courts were completely shut. Now even when the courts have opened for physical hearing, the number of clients and hearings are almost none. As a result of which the family is surviving on savings and loans from friends and relatives for more than six months, which has added to their financial burden. The candidate fears of dropping out of the university because of financial reasons, and the increasing financial burden has resulted in a severe effect on their health leading to severe depression. They find it difficult to meet their other expenses such as books, stationery, and other similar expenditures.

Since Jyotshna’s family is not able to meet the monthly expenditures, they have been teaching students for CLAT for the last one year. In addition to this, the candidate also prepares questions for CLAT mocks for a few coaching centres. Provided the current economic condition of the family, it would be very difficult for Jyotshna to continue their education without looking for some avenues to make some money.

As a result of all these extra burdens, Jyotshna feels that they are not able to devote enough time to academics, and unable to use their full potential towards their academics and personality development, and hamper their future career prospects. If awarded this scholarship, Jyotshna would be able to get relief from these extra duties, would be able to do justice to their duty and commitments as a law student.

The financial burden restrains the candidate from interning in metropolitan cities due to added expenses which is really difficult to manage, and so the candidate fears that they’ll not be able to pursue their career goals.

The candidate was not able to participate in a reputed Moot Court Competition, Frankfurt Arbitration Moot, for which she was selected from the University to represent but then she had to drop the same as if even she had qualified, she would not have been able to arrange money for expenses. This scholarship may help Jyotshna in providing that space to have a liberty of thought to participate in different activities, which they are unable to do. By foreseeing the grave reality that if not provided Eklavya Scholarship, Jyotshna would have to drop out of her University due to the financial crisis. Thus, in order to save her educational pursuits from peril, the CAN Foundation shortlisted her as an Eklavya Scholar under the ‘Hardship Category’.