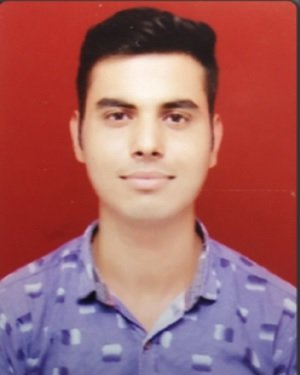 Attendance Record: Aggregate Attendance for the 1st Semester is 88.92%

ENTITLEMENT FOR SCHOLARSHIP AS CASE OF “Hardship” (S.No.2)

Sangam is a Second-Year student at Maharashtra National Law University, Mumbai. His parents while being literate have not completed their 10th grade education due to financial constraints. However, they did not let this get in the away of their children from securing a bright future. Sangam comes from a family of four, with his father, mother and elder brother. His brother has currently completed his education and is currently preparing for the State Public Services examination.

Sangam submits that originally, he believed that an NLU would be out of his reach and had taken admission in another college in Nagpur. However, he says that he never felt that he belonged there, he was of the firm belief that he was destined for greatness and a NLU would be where he could achieve that. That is when he decided to take the CLAT and secure a NLU. When he took admission to MNLU Mumbai, he had a saving of only Rs. 8000/- to pay for the entire year. The only he managed to pay the fee was through getting assistance from his friends, relatives and even teachers. He was also helped, when he managed to secure a Loan amount of Rs. 7.5 Lakhs from Canara Bank to fund his education. Further, he secured a Scholarship of Rs. 1.64 Lakhs from the Government of Maharashtra under the Government of India Post Matric Scholarship scheme.

In his letter, Sangam painfully narrates that he does not even have access to a good laptop and is currently forced to attend Online classes on a 13-year-old laptop that too which he has borrowed from a friend. Further, this year his harvest has been very adversely affected and he cannot afford to study like this. Even with his education loan of Rs. 7.5 Lakhs from Canara Bank, he needs assistance to sustain his Online learning and cannot continue to work from an old and outdated piece of technology. Sangam hopes for this scholarship so that his dreams of completing an education from a National Law University can be fulfilled, because merely paying the fees is not enough for NLUs. They while being islands of excellence have their high costs of Maintenance and hence, bright and needy students such as Sangam require assistance so that their dreams can be fulfilled and they can fulfil what their parents could not.

Sangam firmly believes that monetary instability cannot prove to be a detriment to one’s passion and determination. He takes his impediments in stride and has continued to thrive. Therefore, CAN Foundation after ensuring he fulfills all the required criteria to be an Eklavya Scholar, selected him under the ‘Hardship Category'.