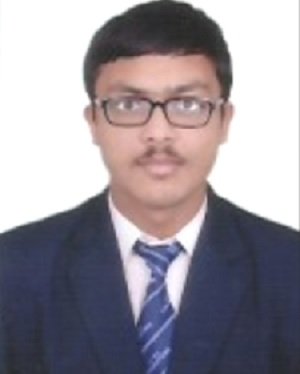 ENTITLEMENT FOR SCHOLARSHIP AS CASE OF “Hardship” (S.No.43)

Sayan’s parents are both private employees with a cumulative income of Rs. 6 Lacs per annum. He is a committed student who continues to excel in his academics and co-curricular activities despite being diagnosed with Ankylosing Spondylitis. Issues faced by the candidate are further complicated by father’s ill health as a result of Stage 3 Cancer and, a student loan availed in 2019 worth 7.69 Lacs, for which the interest itself is prohibitive at times. The first year’s fees were paid with personal savings. In the second year the Goolam E. Nanavati Scholarship worth Rs. 50,000 Income from the candidate’s father came to a standstill because of the illness that struck him, and the operations that followed along with hospital stays paid for by loans taken from LIC. He re-started teaching, only at the end of 2019, which was again affected by the Pandemic. The family is partially supported by 20,000 per month pension of the grandfather, and heavy dependence on already depleted savings. Grandmother’s fall and confinement to the bed added to the already large problems that they were facing.

Despite these hardships, Sayan has excelled at co-curriculars, limited to moots, because of GNLU’s moot reimbursement policy. On the research front, the candidate has authored a paper with a Professor from University of Arizona, and also secured positions of merit in essay writing competitions. Living away from home has added to the expenses and made the situation difficult. Wishing to pursue a Masters in IPR and Technology Law from National University of Singapore, having a loan to pay off will be a huge hindrance.

The illnesses of the candidate, his father, and his grandmother do not deter Sayan from indulging in as many academic pursuits as possible. In recognition of his grit and perseverance along with his academic prowess, the CAN Foundation is proud to include him for the Eklavya Scholarship under the ‘Hardship Category’.