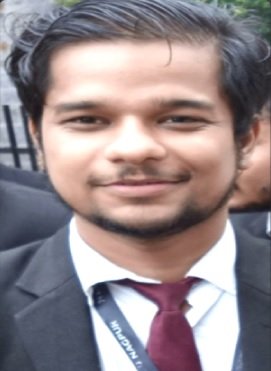 ENTITLEMENT FOR SCHOLARSHIP AS CASE OF “Hardship” (S.No.26)

Vaibhav’s father is a homeopathic doctor by education but because of an almost non- existent income from the practice, he took up private jobs with meager income. He tried to restart his practice but owing to his illness it did not workout. His total annual income was around Rs. 3 Lacs for 2018-19 and 2019-20. For the FY 2020-21, his father’s income has gone down to the tune of Rs. 63,480 per annum owing to the Pandemic. His Mother works as a contractual ANM with a total income of Rs. 1 Lac per annum, making the family’s cumulative annual income around Rs. 4 Lacs per annum.

He also has a sister and a brother. His sister was married in 2019 and she faced domestic violence about which an FIR against her husband was filed copy of which was verified by the Committee as well. His sister has been staying with them since, she is unemployed and is completely dependent on her parents. His younger brother is pursuing his Bachelors in Business Administration from a private college in Bhopal who could not secure an education loan. Their family income does not exceed Rs.20,000 per month and after repaying loan amount (taken from private lenders for his CLAT coaching and his younger brother’s college fee which is Rs.1,25,000 per annum), family savings does not add up to even Rs.1000 per month.

The candidate had taken an education Loan of Rs. 7.4 Lacs in his 3rd year.In his write up he mentions selling their motorcycle and mortgaging of ornaments for payment of his fees. He manages part time jobs in college along with his studies to arrange some money for his fees and other expenses. He also mentions that he has avoided taking up internships in metropolitan cities because it would require him to spend Rs.10,000-15,000 which he could not afford. It was only in his third year that he could afford to buy a second-hand laptop.

All of this cumulatively shows his case of financial hardship. He is a very hardworking student, who is balancing freelance work along with his studies and has not let it reflect badly in his score or attendance. He is extremely diligent and very grateful as well for everything that his parents have done for him.

Vaibhav is a very hardworking and bright student. But due to certain financial hardships, he has to manage some part time jobs along with his college studies and faced a lot of challenges in securing internships owing to financial constraints. Therefore, to ease his burden and help him in academics, CAN Foundation has shortlisted him as an Eklavya Scholar under the ‘Hardship Category’.