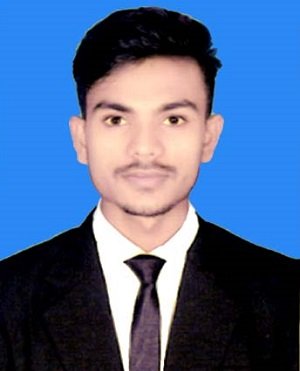 ENTITLEMENT FOR SCHOLARSHIP AS CASE OF “Extreme Hardship” (S.No.38)

Vikash belongs to a joint family with his father being a farmer by occupation. His immediate family consists of His Father, Mother and 3 other younger siblings apart from him. His total family income per year is slightly below Rs. 1 lakh and that too arises from a 3 Bigha agricultural land held by his grandfather.

The exorbitant fee charged by his institution is therefore a whopping 2.75 times his family’s annual income and thus his family is almost at its wit’s end as to how they can go about making their ends meet.

Vikash is the first child in his family to take up higher education and his CLAT preparation happened through his mother selling her jewellery and arranging for funds. Having cleared CLAT turned out to be more of a problem than thought. To secure initial admission and pay the first years’ fee, his family had to sell a piece of their land as well as borrow money from the MGNREGA scheme. While for his second years’ fee they had to resort to taking loans at 5% per month rate from a local sahukar. The family cannot avail loan from a bank owing to lack of collateral that can be offered. To pay complete dues of loans and fees his family has had to resort to selling vehicles of the household including his van used for transporting agricultural produce and his father’s bike to pay the mess fee. In such dire straits the pandemic has only worsened their situation to the brink of collapse as there appears to be no solution to add to their income or any other solution in sight. Vikash feels that if he doesn’t arrange for funds soon enough, he may be debarred from sitting for his examinations of the third year thus forcing him to quit studies.

Even while living in such abject poverty, Vikash has been trying to arrange funds for himself while teaching students of Class 9th& 10th and studying along with. Despite devoting time to such tuitions, he has been able to raise his performance consistently across all his semesters travelling from around 55% in his 1st semester to 77% in his 3rd semester.

Vikas believes that law is one of the few subjects which provides you with a weapon of peace. This reminds us of Gandhiji and how he brought changes to the society with the same thinking. He not only fulfills the required criteria but also satisfies us that by selecting him, we are promoting a society of individuals who would practice law as a source for peace and sustainability. Hence, he is adjudged as an Eklavya Scholar under the ‘Extreme Hardship’ Category.